Neymar, star of PSG, ruled out until after the international break in November

The news is bad, very bad, for Brazil , the key man for the Qatar 2022 qualifiers grabbed his right ankle and gave many signs of pain after PSG's victory by 0-2 in his visit to Istanbul, for the Champions League.

Neymar, the Brazilian star of Paris SG was injured in the 26th minute due to an injury when he was treated by the doctors he could not avoid the tears, the Brazilian, who tried to stay in the game, had to be replaced by Sarabia after asking coach Tuchel for the change for physical discomfort. Neymar , who left on his own foot to the dressing room, underwent an MRI that found an injury to the adductor and will be removed for the next three games, according to information released this Thursday by the RMC Sports Network.

Thus, Neymar will miss two French Ligue 1 matches in Nantes on Saturday and against Rennes at Parc des Princes on November 7, as well as the Champions League match in Germany against RB Leipzig next Wednesday.

Last year Neymar already suffered a similar injury that made him stay away from the team for about a month, missing six games in total.

Therefore, his next game for PSG may not be until after the November international break, although it's not clear if he will play for Brazil in their upcoming World Cup qualifiers. 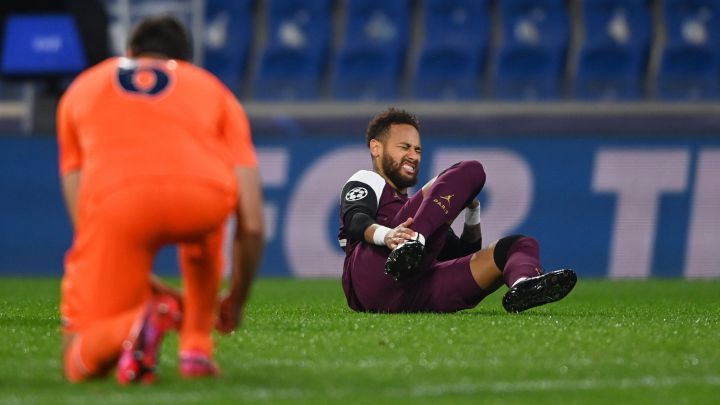 Neymar, star of PSG, ruled out until after the international break in November