Here’s what went down …

Manchester United secured their place in the EFL Cup semi-finals after beating Everton 2-0 at Goodison Park.

United dominated the early stages and went close through Edinson Cavani, before Mason Greenwood glanced a brilliant header onto the post.

But Everton fought back and forced David de Gea into action through Richarlison and later Gylfi Sigurdsson, who saw his curling free-kick saved.

United continued to press but lacked conviction in the final third, with Bruno Fernandes firing their best second half chance over the bar.

However, with just minutes remaining, Cavani received the ball from Anthony Martial and curled a brilliant left-footed strike past Robin Olsen to stun the hosts.

With Everton pushing forward in search of an equaliser, Marcus Rashford played Martial through on goal who finished smartly to secure a dramatic late victory. 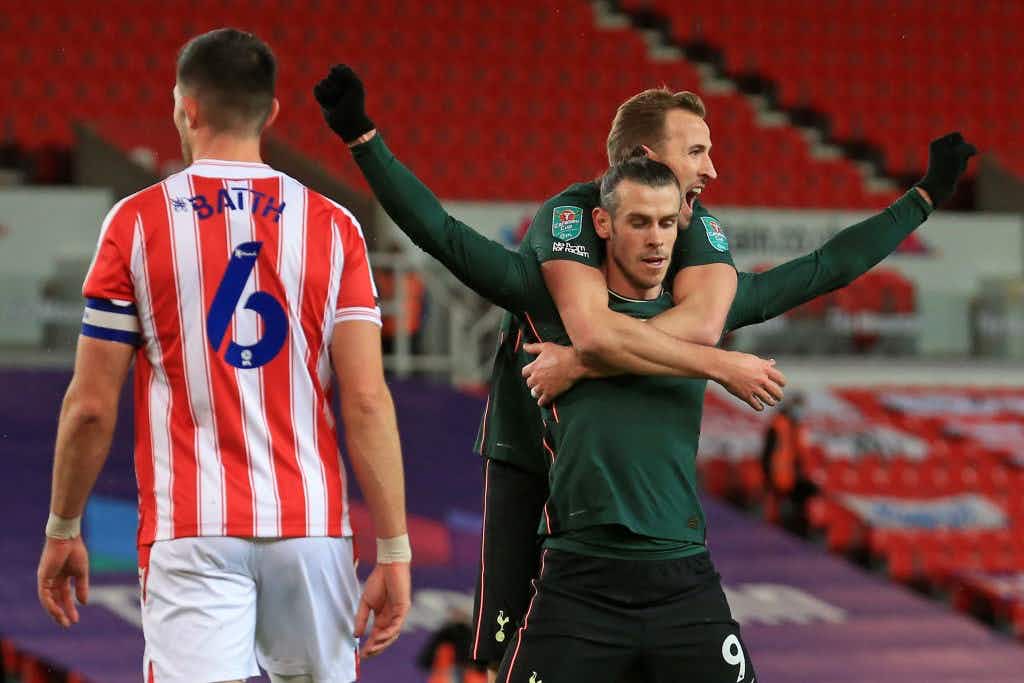 Tottenham progressed to the EFL Cup semi-finals after beating Stoke 3-1 at the Bet365 Stadium.

Gareth Bale put Spurs ahead in the 22nd minute after heading home Harry Winks’ teasing cross – his third goal since re-joining the club in October.

But Stoke hit back in the second half, equalising through Jordan Thompson who finished off an impressive counter attacking move.

However, hope was short-lived as Ben Davies fired home from range to restore their lead, before Harry Kane secured victory with an emphatic finish late on.