Should Klopp Move In For Him In January?

In a recent report, Foot Mercato has revealed that Liverpool are showing interest in recruiting LOSC Lille defender Sven Botman after contacting the player’s representative back in November but could face competition from Inter Milan in pursuit of the player. It is believed that the French club could let the Dutch youngster leave for just €30m which could open the door for the Reds to seal a move for him during the January transfer window (via Foot Mercato).

The 20-year-old has been a regular feature in Lille’s first-team this season which has seen him produce a run of dominant displays at the heart of Christophe Galtier’s defence. Botman has featured in 22 matches for the French giants this term, picking up one assist and four yellow cards in various competitions.

The Badhoevedorp-born talent has done well to average 1.2 tackles, 1.8 interceptions and 2.5 clearances per 90 minutes in the Ligue 1 and the UEFA Europa League group stages this season. He has been a tidy distributor of the ball after making 85.6% of his attempted passes in both those competitions (stats via whoscored).

Based on his recent form, it is no wonder that a top club like Liverpool are interested in acquiring his services when the transfer window commences at the start of next year. Botman is a player on the rise and could potentially become a world-class centre-back in the future if he can continue to improve his game with each season. 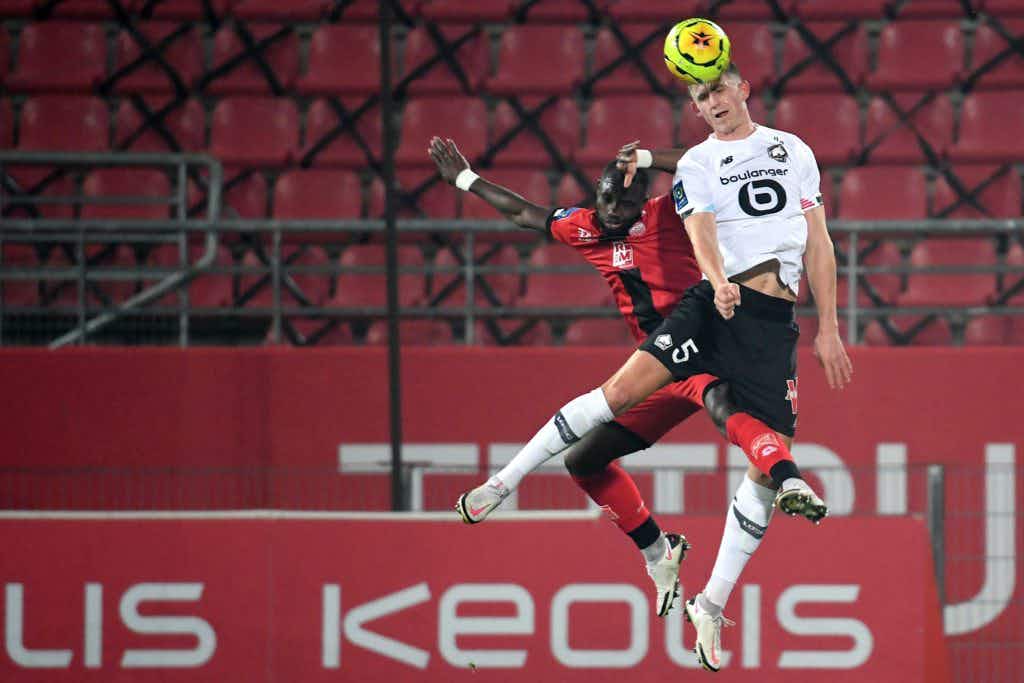 What Will The Dutch Prospect Bring To The Table?

Standing at 1.95m, Botman can be a towering presence inside his penalty box. He possesses the strength to outmuscle the opposition and dominate the aerial battle at the back. The Dutch starlet has transformed himself into a capable defender as he has got the tenacity to win possession back for his team. He is also not shy of clearing his lines when required.

At 20, Botman will only get better in the coming seasons, so the Reds will do well to bring him to Anfield during this winter transfer window. He will add some much-needed depth to Jurgen Klopp’s squad which might be enough for Liverpool to sustain a Premier League title challenge and do well in the UEFA Champions League this season.

Should The Reds Move In For Botman In January?

The Merseyside club are in dire need to recruit a new defender in January to cope with the long term injury absence of Virgil Van Dijk and Joe Gomez. Hence, Klopp should consider making a move to land Bortman as he will increase competition for places within the Liverpool squad and help cover up some of their recent defensive concerns in the Premier League.